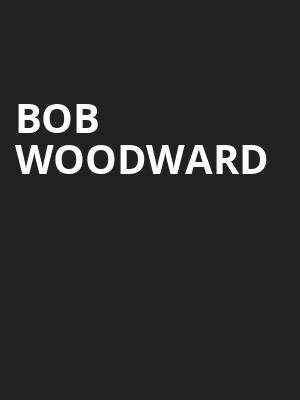 Enjoy an evening with the celebrated writer and journalist

It's no surprise that one of the journalists who broke the era-defining Watergate Scandal story does not shy away from controversy, a feat he once again performed with the 2018 release of his 18th book 'Fear', a damning look at the Trump administration's White House and the chaos within. Having once again caused a national furor, the veteran journalist returns to the road to talk his 21st book 'Peril', and pass on further insights from his storied career as one of 1600 Pennsylvania Avenue's most venerated chroniclers.

A Washington Post staffer since 1971, Woodward, alongside his colleague Carl Bernstein became the world's most famous journalists for their work exposing President Nixon in 1972, leading the to President's eventual resignation. When his book, All The President's Men came out and was subsequently adapted into a movie, this reputation was cemented, making both enduring figures in popular culture, alongside their all-important source, the racily named Deep Throat.

You may be required to have had a COVID vaccine in order to attend this performance or show proof of a negative test. Please contact the venue directly for more information on this.

Sound good to you? Share this page on social media and let your friends know about Bob Woodward at Saroyan Theatre.