Sorry! You missed Ana Gabriel at Save Mart Center 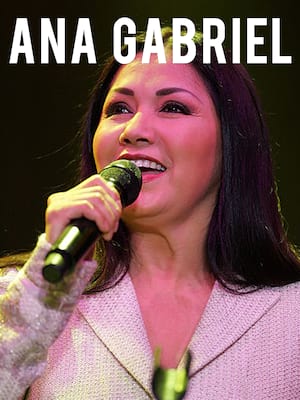 Latin music icon Ana Gabriel embarks on another tour of North America this year! A prodigious singer and songwriter, she's famous for the deep wells of feeling that her powerful vocals invoke.

Practically growing up on the stage, she made her first live performance at the age of six with a rendition of 'Regalo A Dios' and has been a consistent Latin-chart topper ever since. Drawing from the worlds of rock en Espanol, ranchera and pop, her best-known tracks include 'Ay Amor', which spent an incredible 14 consecutive weeks at the top of Billboard's Latin Hot 100 chart in 1987, and 'Quien Como Tu'.

Sound good to you? Share this page on social media and let your friends know about Ana Gabriel at Save Mart Center.